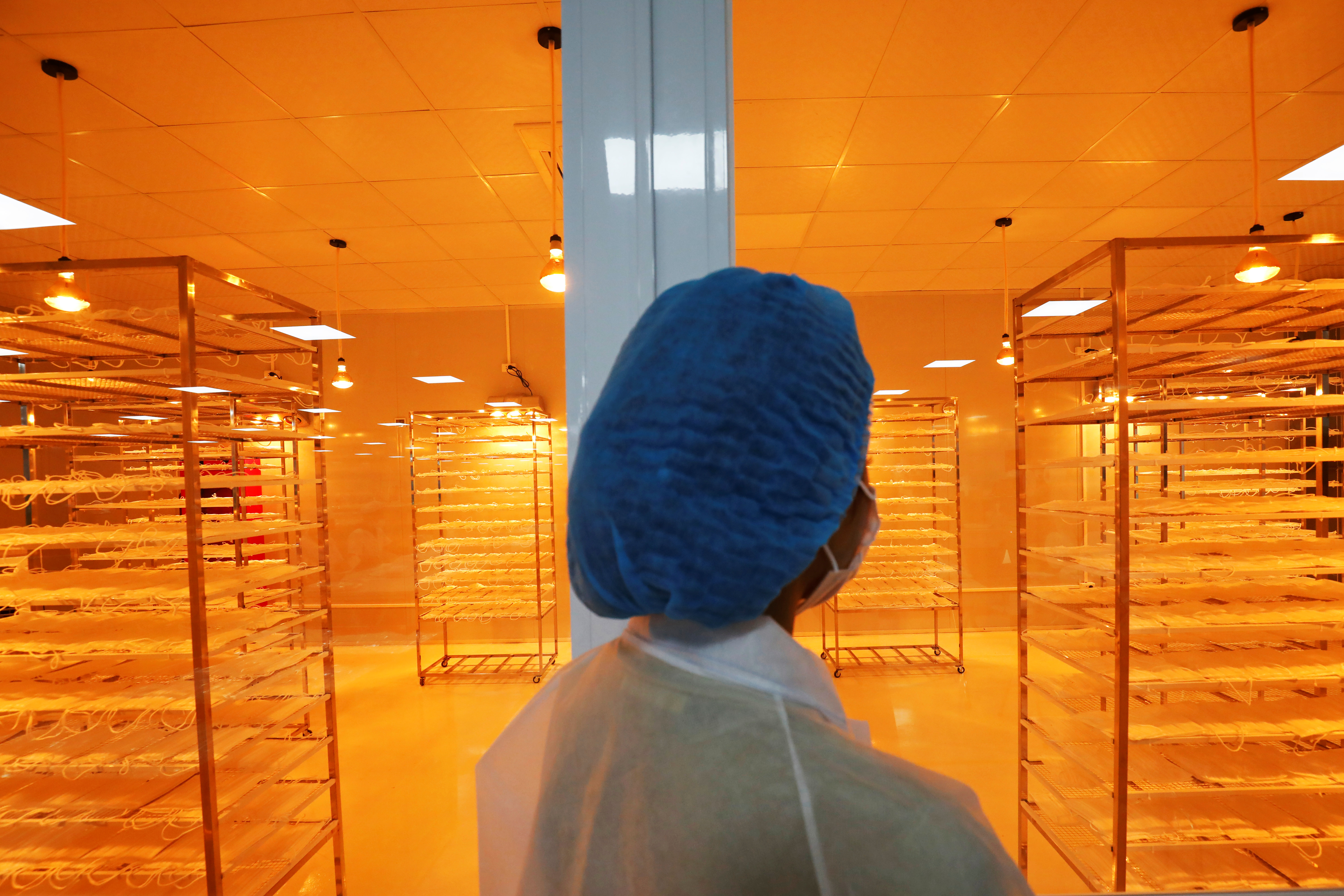 A woman checks medical protective masks under infrared light at An Phu company’s production facility for domestic and international markets, amid of the spread of the coronavirus disease (COVID-19), in Bac Ninh province, Vietnam August 5, 2020. REUTERS/Kham

Vietnam’s government has urged two provinces that are home to production facilities of companies such as Samsung Electronics (005930.KS) and Foxconn (2317.TW) to boost efforts to prevent a COVID-19 outbreak disrupting industrial production.

Deputy Prime Minister Vu Duc Dam told leaders of Bac Giang and Bac Ninh provinces at a meeting on Thursday to avoid the interruption of production chains in the provinces, the official Vietnam News Agency reported on Friday.

The provinces are the epicentre of a COVID-19 outbreak that has infected 1,835 people since late April, including hundreds of factory workers.

Bac Giang ordered on Tuesday four industrial parks, including three with Foxconn production facilities, to temporarily shut down due to the outbreak. read more

In neighbouring Bac Ninh province, 378 infections have been detected in the latest outbreak, including cases found at production facilities of Samsung and Canon Inc (7751.T), according to the Ministry of Health.

Giang said both provinces were trying to avoid disruptions to production chains of multinational companies such as Samsung “to reach the dual goals of fighting the outbreak and developing the economy.”

In a statement, Samsung Electronics Vietnam said it was making every effort to protect the health and safety of its employees and minimise the impact of the outbreak on its operations.

“We will support and strictly follow the Vietnamese government’s policy to curb the spread of COVID-19 in the region as soon as possible,” it said.

Canon will be allowed to reopen its production facilities in Bac Ninh from Monday after being ordered to temporarily shut earlier this month, online newspaper VnExress reported, citing the province’s deputy chairman Vuong Quoc Tuan.

The deputy prime minister, who is also head of Vietnam’s anti-COVID-19 task force, said companies with appropriate safety measures can resume their operations to avoid adverse impacts on the economy.

“Workers may try getting their own samples for quick tests, under the supervision of medical officials,” Dam said.

Overall, Vietnam has reported 4,838 infections since the pandemic began, with 40 deaths. Khanh Vu